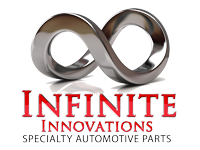 Anatomy of a Coach Light – A Brief History

What is a coach light? Coach lights, also known as opera lamps, are the slender rows of lights commonly seen attached to vehicle pillars. They are widely used on the center section of stretched limousines. Though they are not limited to just limos, they have certainly been made popular by them.

Opera lights came as a factory feature on the luxury limousine cars dating back to the 1970’s. In 1979, when Cadillac stopped making limousines, the stretched limousine became popular. By 1990, opera lights were no longer found on factory Cadillac and Lincoln cars.  That is when the aftermarket coach light was born.

Most of the original coach light styles consisted of a base that screws onto the pillar. The light base contains bulbs within light harnesses, wired into the vehicle power.  They are powered by the park lamps/headlight switch. A chrome bezel housing with a snap in lens is then screwed to the light base to make it complete.

As technology changed, so did the coach light. The use of the LED brought on the Infinite 250 coach light, the first of its kind. Instead of using incandescent bulbs, it utilized 3 white LEDs on its circuit base, creating a crisper white color. The LEDs were a popular choice, as being longer lasting than bulbs and drawing less amperage.

The Infinite coach light evolved further when it began to utilize an LED illuminating a fiber optic acrylic rod, for a more evenly diffused light with no “hotspots”. The acrylic rods also featured unique light guide styles, such as spirals or bubbles, making them stand out vibrantly.  The model 400 series became one of the most popular coach lights because of this.  Using a similar base and with the same mounting pattern or “footprint” as many older styles, it also featured a chrome bezel housing holding a sealed LED/fiber rod unit making it an easy option for replacing older style lights.

The latest and greatest option is the Infinite 900 Series, which is a larger and brighter version of the 400 series. This series features the same benefits of the selection of fiber optic light guide patterns, optional adapter gaskets, and same footprint as most lights. It stands apart with more of the light guide exposed, giving off light from more angles. The biggest benefit of the 900 series is the LE light engine. An encased LED unit that has the highest standard in reliability. The 902 version light offers dual light engines, at the top and bottom, for maximum brightness. Engines can be added or replaced to any of the 900 series lights at any time.

Infinite carries a selection all of these coach lights and more, for any and all vehicles. If you are looking to upgrade or restore, we can help. Give us a call today! 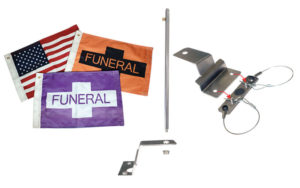 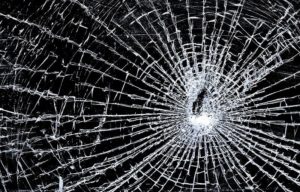 Do You Know Where to Find Replacement Coach Glass?

If you have ever had to replace glass in your hearse or limousine, you likely learned quickly how difficult specialty automotive glass can be to Cadillac XT5 and The Future of Livery Vehicles

The year 2020 has seen a lot of uncertainty, including the future of the livery vehicle conversion chassis. In 2019 Cadillac discontinued production of the Vehicle Partitions and the Role They Play Today

The Industry’s #1 Largest Supplier of Parts & Accessories Since 1987

ALL TIMES ARE IN cENTRAL TIME

Infinite Innovations
We use cookies on our website to give you the most relevant experience by remembering your preferences and repeat visits. By clicking “Accept All”, you consent to the use of ALL the cookies. However, you may visit "Cookie Settings" to provide a controlled consent.
Cookie SettingsAccept All
Manage consent

This website uses cookies to improve your experience while you navigate through the website. Out of these, the cookies that are categorized as necessary are stored on your browser as they are essential for the working of basic functionalities of the website. We also use third-party cookies that help us analyze and understand how you use this website. These cookies will be stored in your browser only with your consent. You also have the option to opt-out of these cookies. But opting out of some of these cookies may affect your browsing experience.
Necessary Always Enabled
Necessary cookies are absolutely essential for the website to function properly. These cookies ensure basic functionalities and security features of the website, anonymously.
Functional
Functional cookies help to perform certain functionalities like sharing the content of the website on social media platforms, collect feedbacks, and other third-party features.
Performance
Performance cookies are used to understand and analyze the key performance indexes of the website which helps in delivering a better user experience for the visitors.
Analytics
Analytical cookies are used to understand how visitors interact with the website. These cookies help provide information on metrics the number of visitors, bounce rate, traffic source, etc.
Advertisement
Advertisement cookies are used to provide visitors with relevant ads and marketing campaigns. These cookies track visitors across websites and collect information to provide customized ads.
Others
Other uncategorized cookies are those that are being analyzed and have not been classified into a category as yet.
SAVE & ACCEPT
Download Our Mini Funeral Catalog
Ask an Expert
Request a Custom Part
Shopping cart
There are no products in the cart!
Continue shopping
0